Lifeblood of the industrialized nations oil has become the world’s most important source of energy since the mid-1950s. its products underpin modern society, mainly supplying energy to power industry, heat homes and provide fuel for vehicles and aero plane to carry goods and people all over the world.

Petroleum exploration is the act of searching petroleum using various methods. It most often involves seismic surveying and drilling of wells. An exploration permit is required to explore for petroleum. Petroleum production is the extraction of discovered petroleum from the ground.

The role of exploration is to provide the information required to exploit the best opportunities presented in the choice of areas, and to manage research operations on the acquired blocks.

An oil company may work for several years on a prospective area before an exploration well is spudded and during this period the geological history of the area is studied and likelihood of hydrocarbons being present quantified.

Exploration is responsible for handling the risk intrinsic in this activity, and this is generally achieved by selection of range of options in probabilistic and economic terms.

Indeed, exploration is a risk activity and the management of exploration assets and associate operations is a major task for oil companies.

Deciding where to drill may be as much of an art as it is a science. The primary search for hydrocarbons frequently begins with observation of surface terrain. Location of faults at the surface are very important because they indicated where potential structural traps may lie beneath in reservoir rock. The

Observation of anticlines, another type of structural trap, also indicate potential traps at depth. Naturally existing crude oil seeps blacken the ground and spread rainbow films on streams. Such direct evidence is useful, but most such places have long ago been identified and explored. So the modern exploration geologist (a person who explores of petroleum) must rely on other techniques.

There are three primary methodologies used to find hydrocarbons in the subsurface: Geophysical, Remote sensing, and Wildcatting. 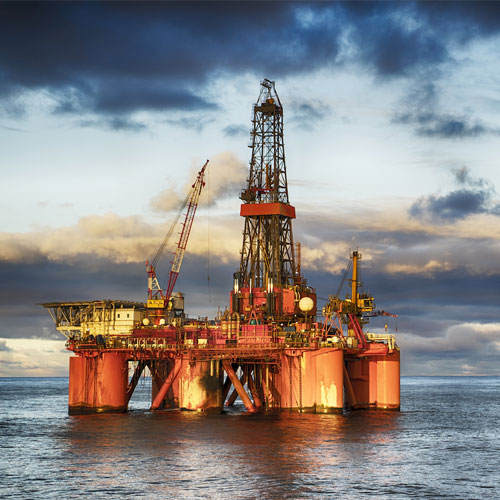 Remote sensing (RS) is the use of aerial photographs to locate and map surface features.

A wildcat well is one that is drilled in a new area where no other wells exist and generally with scant information. It is drilled in an effort to locate undiscovered accumulation of hydrocarbons.

Videos and animations in this field shows what happens after the identification of a potential deposit.

The exploration drilled process initiates with a drill bit boring 2000 meters to 4000 meters or even deeper into the earth’s subsurface. Examination of drilling mud and core samples to estimate the exact nature of drilled geological formations.

Videos in this subcategory explore the complex world of highly integrated disciplines from rig architecture to different offshore platforms. These videos focus on technology and the difference between drilling and land or in water.

They also show how horizontal drilling allow for oil and gas production in a naturally safe and responsible manner. The application of this method is for the tight formation and thin layers production.

No comments to show.

To get the professional animated video you need for your brand, see our sample videos and call us forarranging a meeting. We understand the importance of staying professional while also creating engaging content that your audience will love.

Industrial 3D Animation & Graphic Design In The Field of
Energy especially for Offshore, Marine & Renewables
Let's start a project together!
Curious about how we can help you with your next project? Reach out to us and let us show you how.
Youtube Instagram Linkedin Skype Twitter